The root of the Misho

In 1954, the Misho Ryu Nakayama Bunpo Kai was founded by Nakayama Bunpo with the idea that “Flower arrangement (ikebana) shouldn’t be regarded as something from the past.” It is one of the younger schools with only a 4８-year history.
But when we look back to its original roots, it takes us back to the Edo Era (Bunka Bunsei period, early 1800s).
The Misho Ryu traces its beginnings to Osaka from 1807, about 200 years ago. The school was founded by Mishosai Ippo who was one of the Hatamoto samurai warriors in Edo. Flower arrangement was considered one of the accomplishments of an Edo samurai in those days.

Human begins and nature living together in harmony

After renouncing his samurai status, Ippo left Edo towards the west, and for over 30 years continued his long wandering journey all the way to Sanin and Kyushu districts, attempting to master flower arrangement skills and establish his own ikebana philosophy. Finally, he started his own school in Osaka and chose to call it “Misho”. “Misho” means “a stored power arising to bring about movement just before birth”.
The flower arrangement created by Ippo is called “Kakubana” having the basic shape of an isosceles triangle. He tried to include the idea of encompassing the universe, human beings and the earth (the harmony of ten (heaven), chi (earth) and jin (man) in this form. In today’s terms, it would be said that “Kakubana” is a flower arrangement which utilizes the sense of “harmonious living of human beings and nature” as its fundamental concept.

Living in the “Present”

Nakayama Bunpo legitimately followed the founder, Mishosai Ippo’s principle, and with great care, founded the Misho Ryu Nakayama Bunpo Kai. In its founding declaration, he added the statement that “Flower arrangement shouldn’t be regarded as something from the past.” This was because he did not favor the conventions which remain in the old schools, and he believed in the importance of remembering to always live in the “present” when one is doing flower arrangement.

Those things are not flowers.

Bunpo (1899-1986) was born into the household of the Misho Ryu master, and from a young age had deep interests in nontraditional western arts as he practiced traditional flower arrangement. At the end of the Taisho Era he developed the idea of using unconventional materials such as bird feathers, beads, metals, etc. as flower arrangement materials. The ikebana world of the time, severely criticized him with statements like “those things are not flowers”, but his talent flourished in the form of “Zenei Souka (avant-garde flower arrangement)” which brought about the current trends in the flower arrangement world right after World War II.
Since Bunpo was one of the very first to introduce the spirit of the avant-garde and to use the term in the world of ikebana, he was referred to as a pioneer and a great master of avant-garde flower arrangement. He created very colorful works, using living flowers and grasses together with other different materials, and boldly arranging them with skillfully planned lighting and illumination.
Interestingly enough, from Bunpo’s early days he took a great interest in “practical ikebana” which can be usefully applied in people’s daily lives. He introduced the positive employment of new types of flowers in his arrangements and in 1929 established an innovative style called “Shinka” which was intended to cope with new social conditions and living environments.
The “Shinka” style doesn’t have the stricter rules of “kakubana”. Standards and various criterion can be found in its patterns, but the choices of flowers and other materials as well as vases are left to the individual who can reflect and freely express the feelings and impressions from which they themselves have received from the flowers’ beauty. Flower arrangement until then was considered to be an ornament in the alcove. In contrast “Shinka” can be freely placed in any living space. The birth of “Shinka” was quite revolutionary to the ikebana world of that time which insisted on holding onto its old traditions.

Many styles to choose from according to ones preference

The spirit of Nakayama Bunpo who maintained free and flexible ideas throughout his life and times, has been handed down and embellished in the present concepts and activities of the Misho Ryu Nakayama Bunpo Kai which is today chaired by Nakayama Keiho and vice-chaired by Nakayama Kosho.
The Misho Ryu Nakayama Bunpo Kai presents several different ikebana styles. In addition to the above-mentioned (1)”Kakubana” and (2)”Shinka”, there are (3)”Shin-kakubana” which follows the traditional pattern arranged with more colorful expressions (4)”Meika”, a small-size arrangement with fewer flower materials so as to fit into the limited spaces of city life (5)”Free style”, a freely arranged style through observation of a plant’s formation and character with artistic overtones (6)”Shudai-bana” which is the expression of ones own feelings inspired by the words of Tanka, Haiku or poetry. (7)”Action” which shows the process of flower arrangement. In any style, we think it is most important to carefully observe the plants and to try to fulfill and expand the imaginative mind by the impression received from the observations.

In order to present the school’s ikebana and philosophy and connect with the public, we have been actively holding exhibitions both within Japan and in countries overseas including Finland, Holland, Denmark, Sweden, Germany, England, USA, China and several Southeast Asian countries. In these exhibitions, we have promoted an attitude of innovation in seizing upon themes of the time and setting sights towards new possibilities.
We have also been engaging in volunteer activities such as the offering of ikebana classes (sponsored by Nakayama Kosho) for the visually impaired and have organized other similar programs for local residents. Through these programs, we hope to cultivate a society in which ikebana can be accepted and enjoyed more widely and in a friendly spirit.

The most important concept

Even though a variety of flowers surround us throughout all the four seasons, some of them bloom and die in the field without ever being noticed. When people come into visual or physical contact with the flowers perceiving through their own eyes and sense organs, the image etc. is registered on the mind. This moment when the flower object comes into contact with any of the five senses is when they are perceived as “beautiful flowers”.
What we think is most important is a person’s daily life and those activities that are performed in harmony with nature utilizing flowers as an intermediary.
With this basic concept the Misho Ryu Nakayama Bunpo Kai carries out its activities. 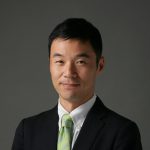