‘NFT’ is an abbreviation of ‘Non-Fungible Token’. This means it cannot be replaced; tokens refer to data, currency, goods, evidence, etc. NFT’s represent ‘technologies proven to be unique’.
Mishoryu Nakayama Bunpo Kai intends to sell images as NFTs in 4 categories; Kakuhana, Akika, Nageirebana, and Moribana, from January through December. 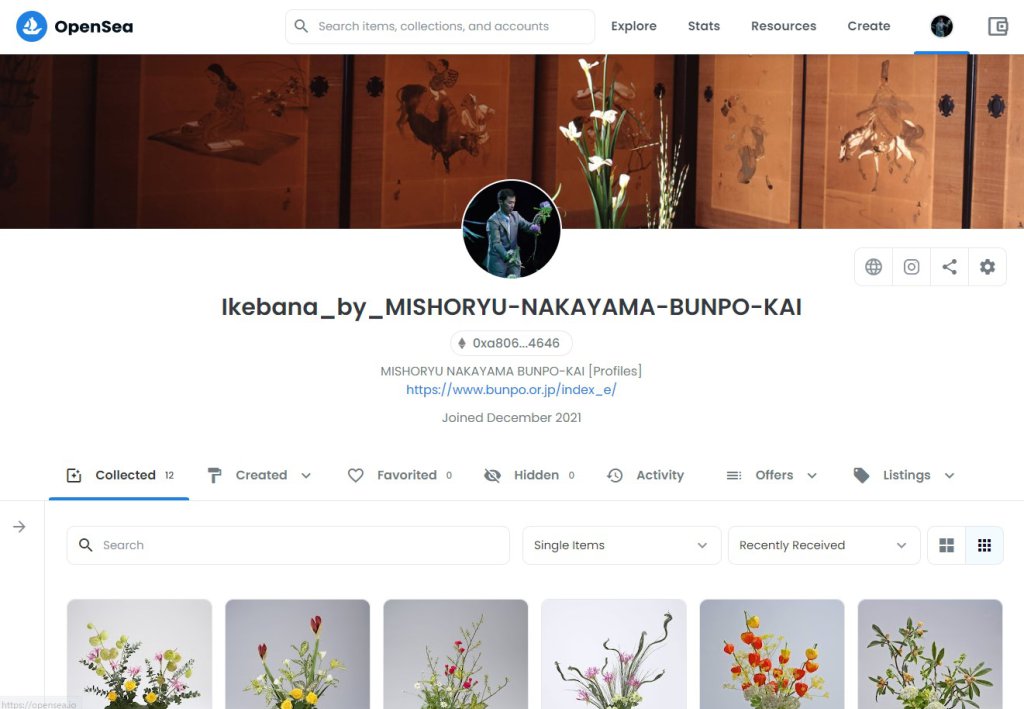 ‘OpenSea’ is an online NFT marketplace for creating, managing, buying, and listing NFTs.

Link to Iemoto Column
Born in Nishinomiya, Japan, in 1967. The eldest son of Keiho Nakayama.
Graduated from the Faculty of Sociology at Kwansei Gakuin University, Japan.
Learned about flowers from his grandfather’s (Bunpo Nakayama) best pupil. Now teaches as head lecturer at the headquarters and local branches around Japan. Presided over the ‘Ikebana Lectures for the Visually Impaired’ since 1994. Also highly enthusiastic about collaborating different fields; such as calligraphy, ceramics, music, etc. His essay’s regularly published in ‘Gendai Souka’ are highly regarded. Highly anticipated to be seen in a wide range of activities extending even beyond the flower world.

This is a video of a webinar held on December 10, 2021. In this video, Koho Nakayama, Chairman of the Nakayama Bunbo Kai, explains about Christmas flowers and shows some actual works.